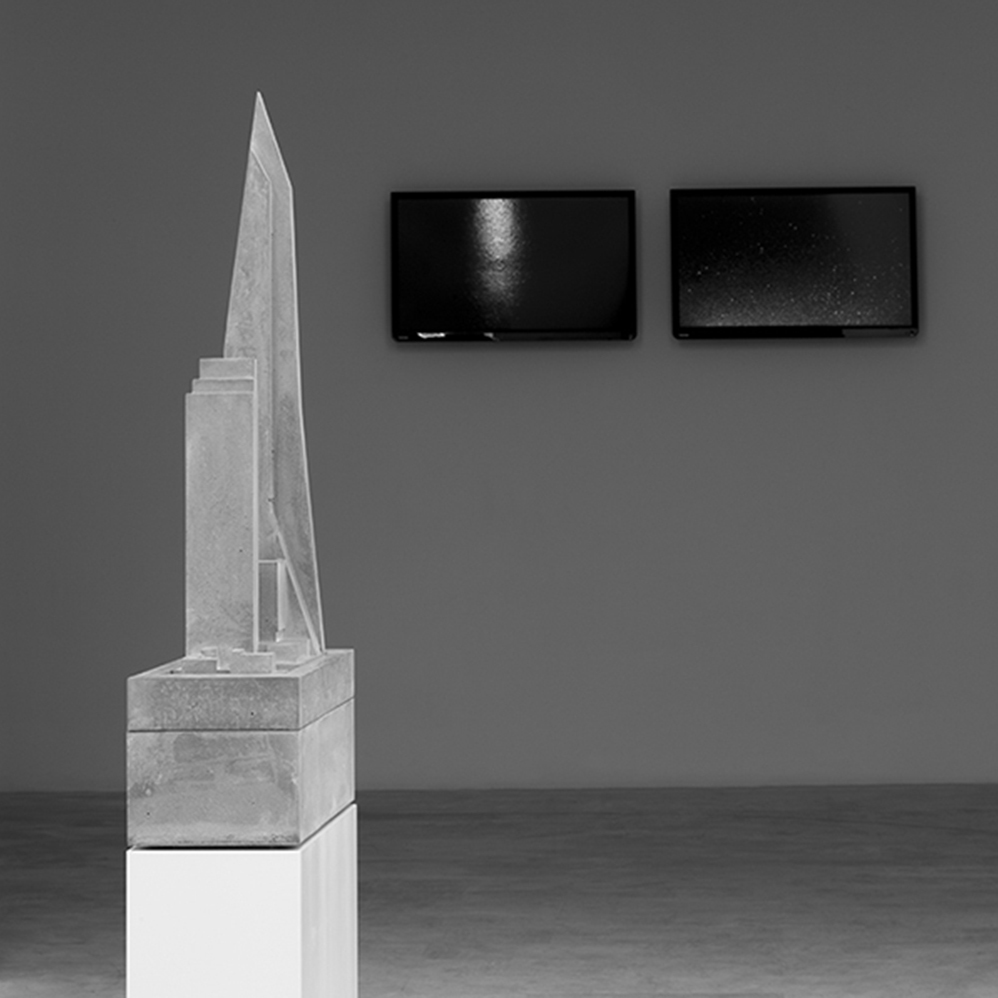 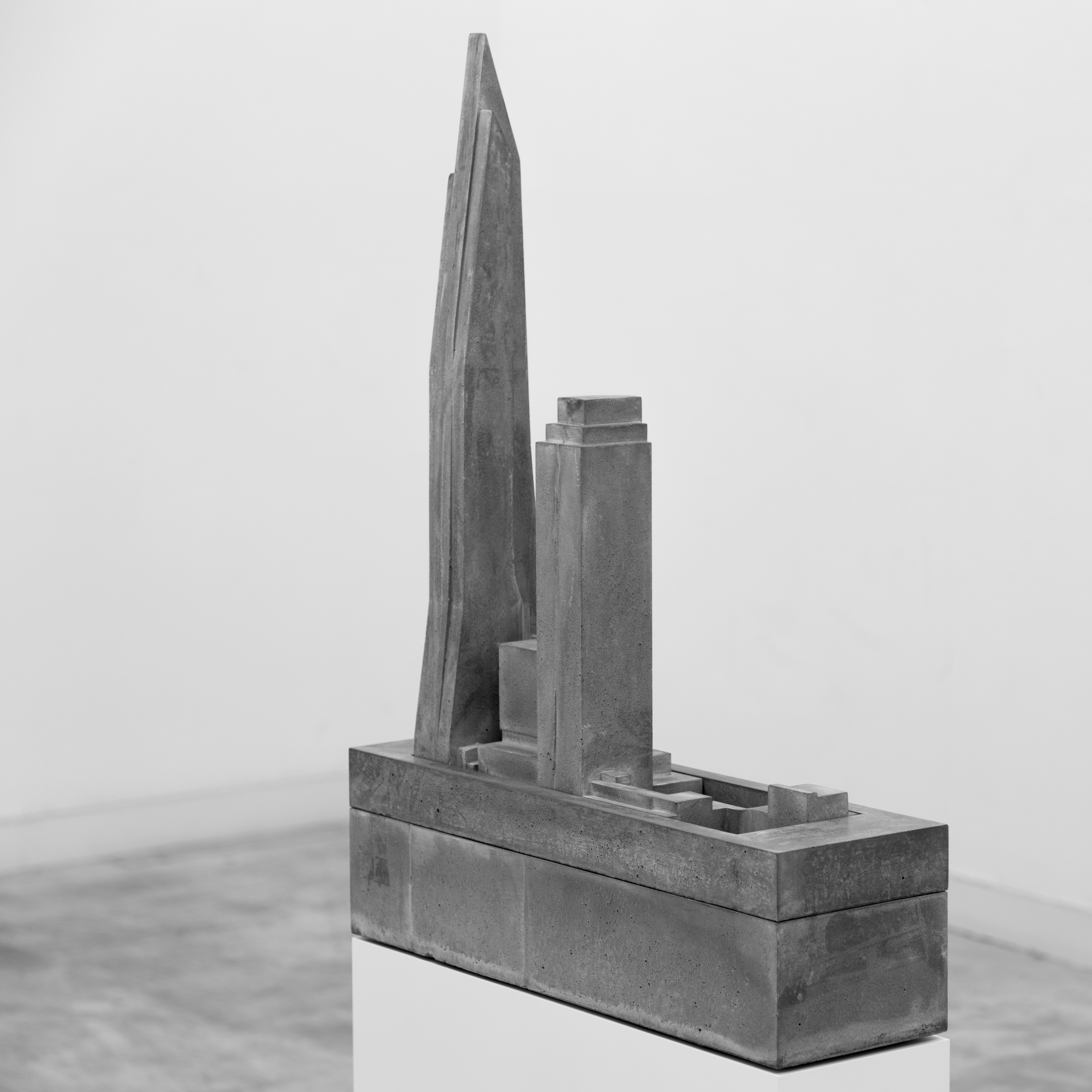 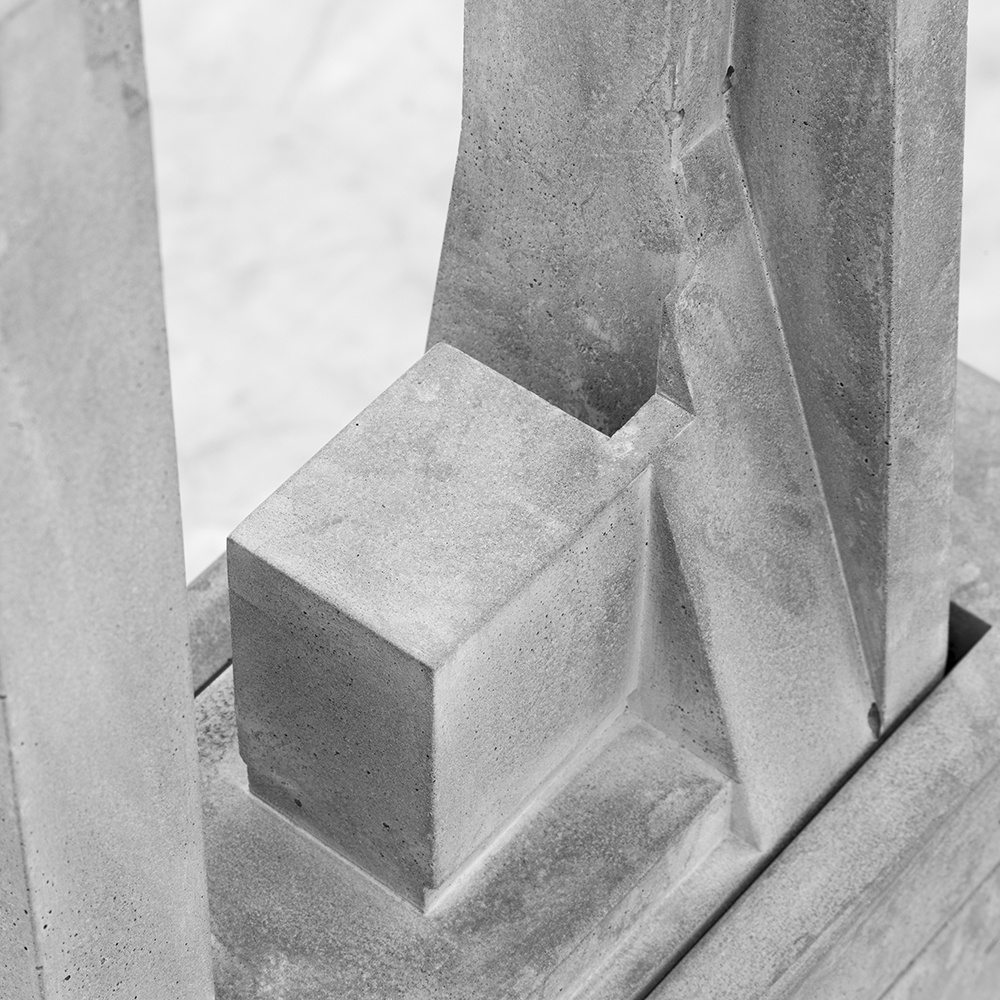 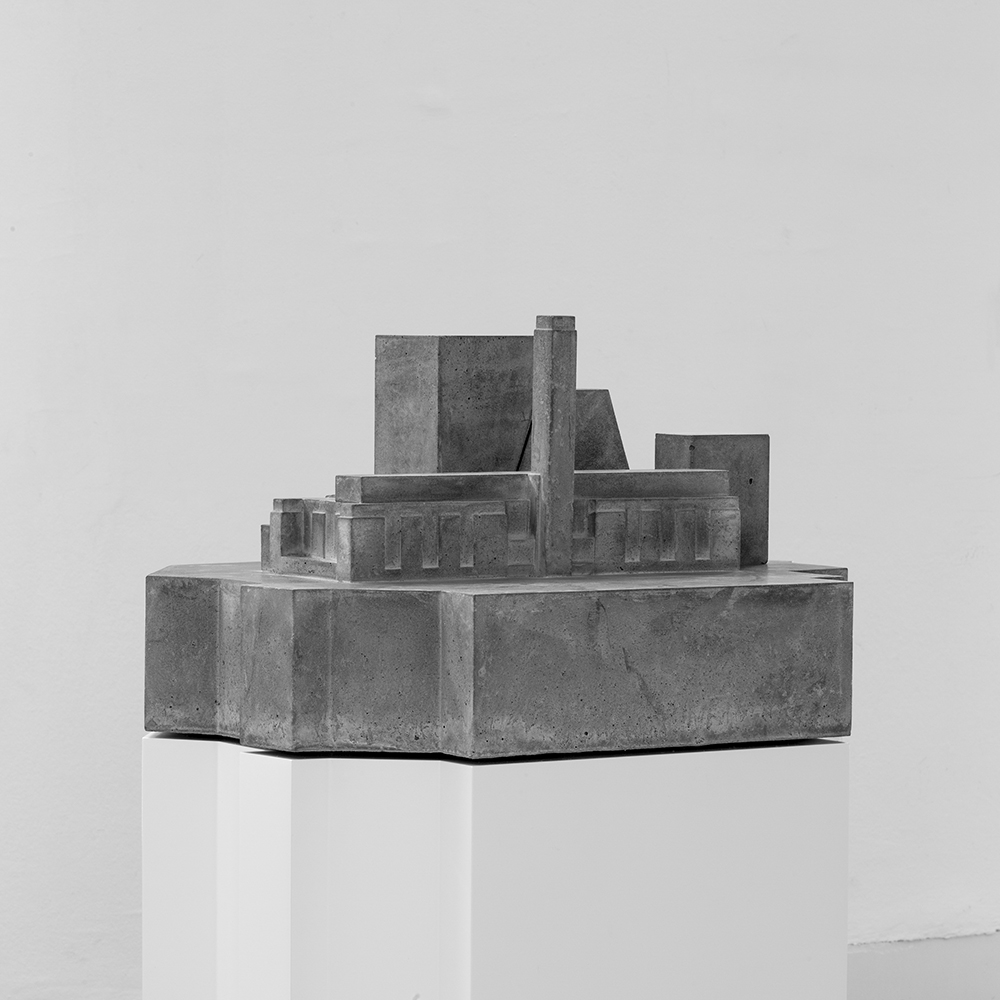 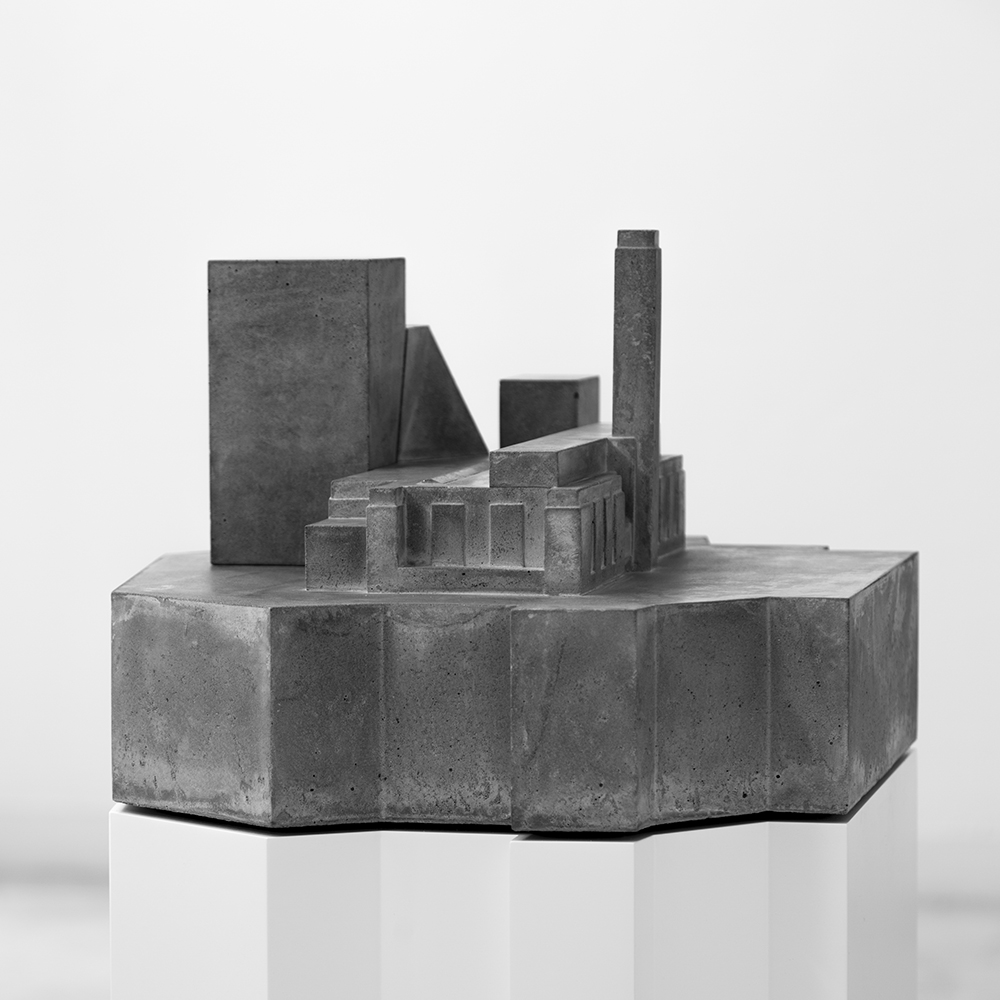 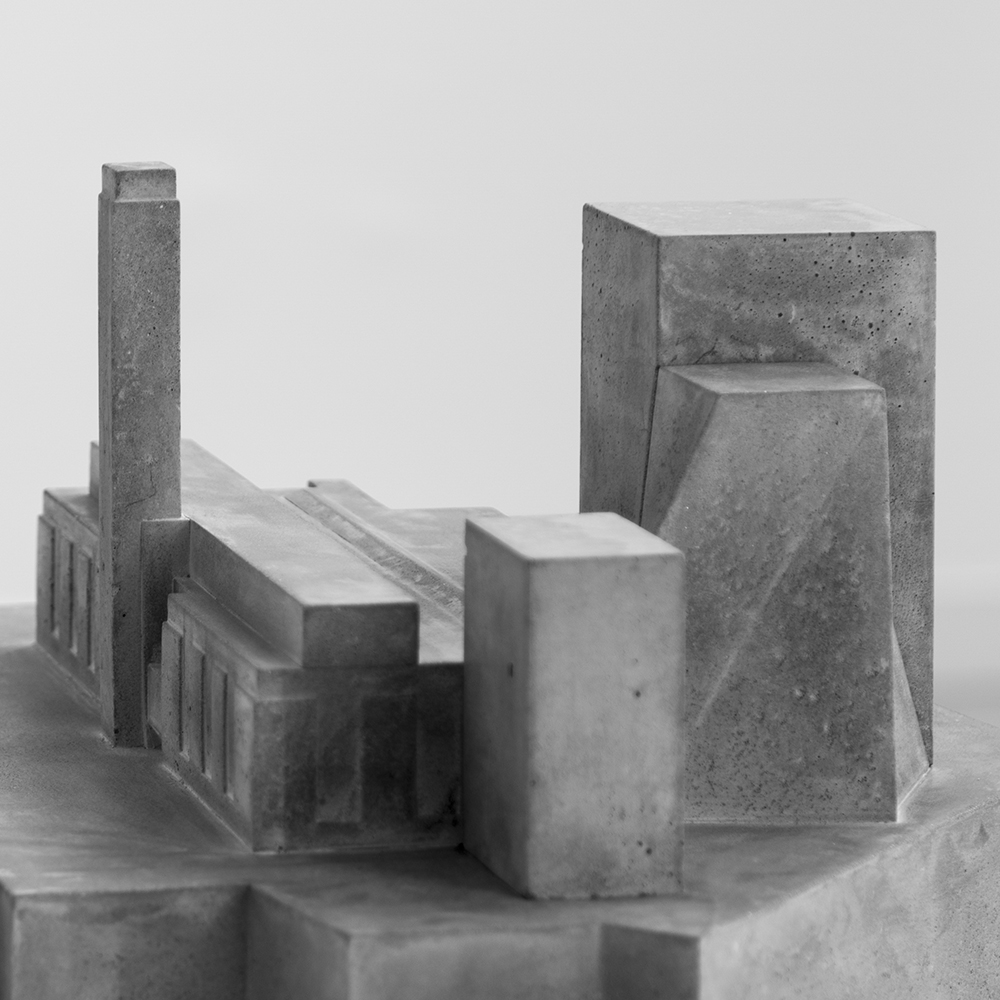 Although presented in slightly unexpected forms, the works from the new series by Zlatko Kopljar, Empty, do not shift away from his basic and well-recognized artistic preoccupation. Whatever the subject matter of his works or projects may be, and regardless of whether it is a performance, video-film or another media form, Kopljar’s concern, or to be

more precise, his uneasiness about the fate of art and artists in contemporary society always seems to prevail over any other thematic category that enables discussions on a work of art or its identification in the context of contemporary art production.

We may reasonably argue that every work of art has a dimension of meta-language, or meta-discourse, for exploring the existing paradigms of understanding art. However, in Kopljar’s work, this inherently philosophical thought is intentionally placed in central position. Moreover, often presented in colossal shapes or expressed in a gesture of pathos, or even directly communicated with the artist’s own body in its strength or helplessness, this grave thought about art and its existence leaves little room for conversations about anything else.

The thematic scope also covers Kopljar’s recurring need to define his relationship to the Institution. This particularly refers to art institutions, but it also appertains to all the other institutions that exercise and reproduce social power. In addition to his anthological works from the series Compassion, where he had ritually knelt in front if the New York Stock Exchange, the White House, the Chinese Parliament and other notorious places that symbolize the world order, Kopljar has, more than once, in his familiarly clear and dramatic way, illustrated the antagonism between artist and institution. For instance, he addressed the issue in one of his performances in which he demolished the gallery walls using a hammer. On another occasion, he pushed a concrete block onto the entrance of a gallery, right before the opening of a grand, representational exhibition. Such artistic gestures might easily be qualified as humanistic rebellion against the system to which the artist wanted to take a critical distance. He wanted to steer his legitimate aggression into the structures he finds responsible for the current state of alienation. However, this is not the case in Empty. There is still a concrete block, though, but it symbolizes only a hint or a distant echo of such rebellion. The block had been pushed onto the entrance to prestigious institutions, but it has melted, (con)formed with their architectural elements. This concrete block, this tiny rebellion, is by no means detached from the institutional complex; it has fully assimilated into it.

It is therefore in vain to search for any trail of human presence. These are not ordinary places of alienation, places typical for the modern habitus, for such alienation involves an entity whose relation to the given reality is still active. The places addressed here are the institutions that epitomize power in the world of art. They are presented as ghosts of themselves, as monumentalized casts of their own images. Completely devoid of their content – of all the glittery lies which they used to participate in the creation and maintenance of the all-pervading simulacrum of social reality, of the world in which we have long existed and to which we have always contributed, even in times when we wanted to be critical – these architectural structures express the true emptiness of sense. It is an emptiness existing behind the illusion of reality, but it never goes beyond it. It does not dispel this illusion nor does it impose itself as the superior and true reality. This emptiness is merely a gaping hole; it is a nothingness that remains after the storm of a frantic trade.

What Kopljar describes is a genuine deficiency hiding beneath the superfluity of political, social and art institutions. This deficiency underlies the system in which the impetus for profit generation thoroughly eliminates every aspiration for something beautiful, good or real. In other words, it eliminates everything it ought to regulate, encourage and protect. Holding out as mere production sites or places of income accumulation, art institutions have long ceased to be places of artistic ideation. They have turned into places that trivialize art, with the aim of extracting its capital value. Their role, from the perspective of the allegedly preserved self-sufficiency of art, is truly insignificant. And it is precisely this meta-physical insignificance that Kopljar seeks to express. He does so by displaying small scale models of architecturally very attractive museums – presented in their existing forms or in their planned reconstructions. These are technically generated concrete casts, art “objects” that, in aesthetical terms, have no desire to become sculptures, but thanks to their corpuscularity, they feign the aura of classical works of art. Nevertheless, instead of conveying aesthetical impressions, these objects function primarily in a conceptual sense – they express an essentially absurd idea of presenting art institutions as small sculptural models of themselves. Shown as plain architectural structures, they have lost the splendor of their actual forms and they have been reduced to the three-dimensional casts of concrete. Even the material signifies trivialization, for it generally supports the hyper-production of architectural bodies bereft of cultural value or social meaning. In this process, the Institution is exposed for what it truly is: a shadow of its own being, a trunk carrying spectacular forms and embodying Nothing, a structure whose space is paradoxically filled with emptiness.

While the type of artistic behavior identified as “institutional criticism” – as already mentioned – entailed a socially engaged entity that provoked and challenged the authority of institutions, Kopljar’s decision to return to bare mimesis – to a passive imitation of reality, without any particular ambition for an artistic transformation, suggests that such an entity has capitulated. Not only has the artistic entity abandoned social engagement, but it has also openly acknowledged its own helplessness. It has conceded to having its concrete block drowned in institutional spaces and become a witness to his own rebellion being melted into institutional walls. One may notice that the dwarfish mimicries of architectural grandeur are infused with irony. They are certainly are; however, the irony refers not only to these structures, but also to the artist’s creative scope, which is constituently related to the institutions. In any respect, the disappearance of artistic entity, in its antagonism with the institutions of power, is clearly imminent. More precisely, and honestly, it has disappeared long since; and now comes the time for mourning.