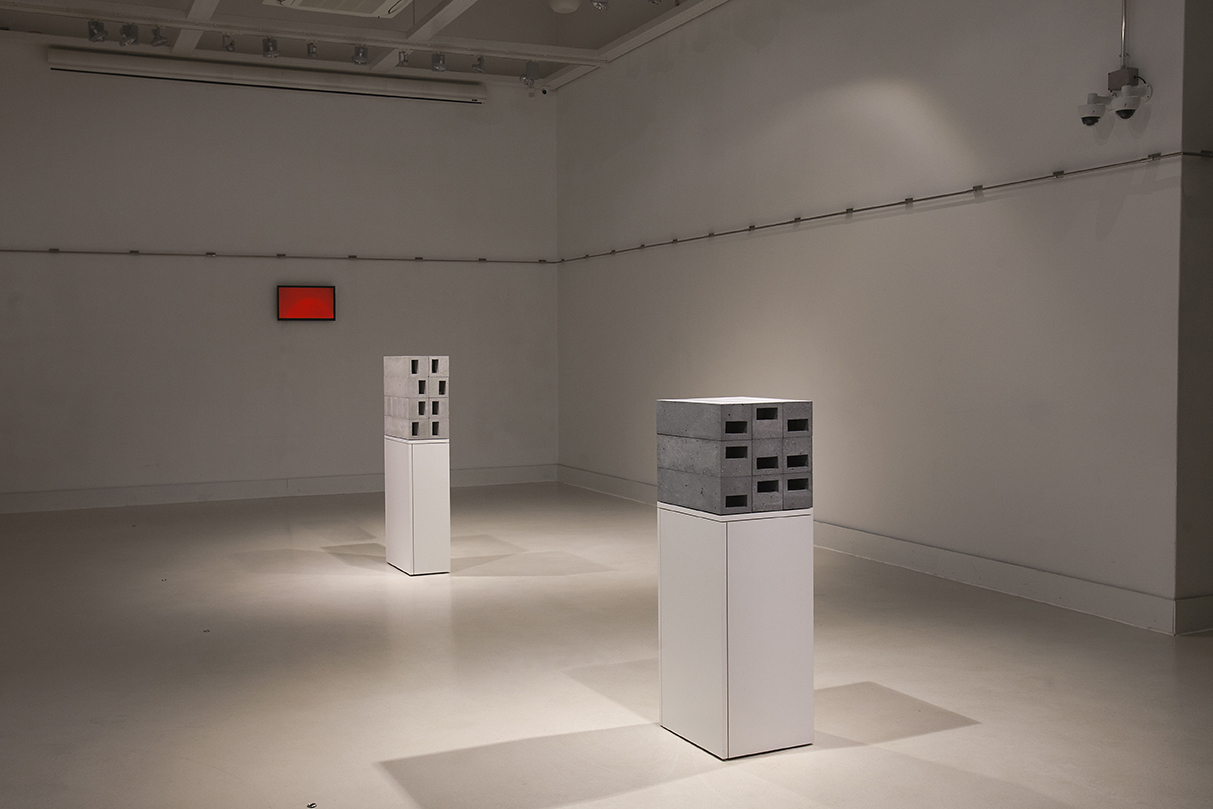 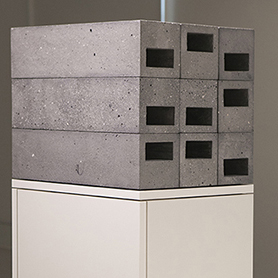 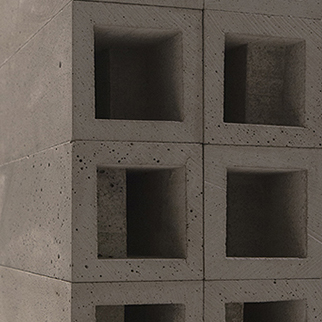 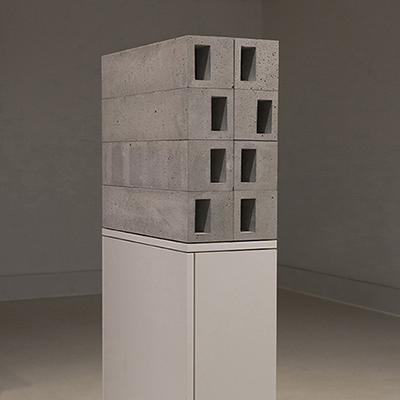 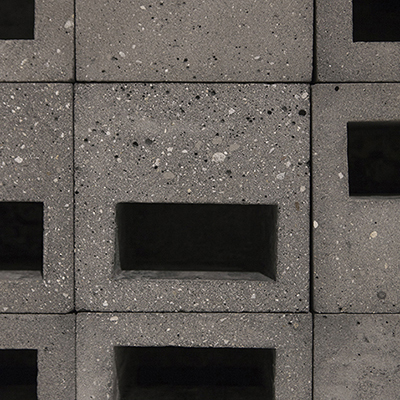 I do not think I know another contemporary Croatian artist whose works evoke a feeling of terror with such ease. As far as I know, Zlatko Kopljar does not like to interpret his works and even when he does so, he never analyses their particular elements or reveal hidden allusions, except those that are explicitly laid in front of the viewer and are more or less universally graspable. However, from his very first to his most recent, his works resist any unambiguous interpretation; they do not presume the viewer’s intellectual receptiveness, but immerse them into an intensive experience of things such as impotence, anxiety, the feeling of guilt and responsibility, the impossibility to communicate, loneliness, deafening silence, unbearable noise, fear, the proximity of death, sadness, anger, compassion, redemption and the likes. Kopljar has developed his whole career around receptiveness to strong emotions, conditions and presentiments, materialising it outside his own self by using a wide range of media from performances, gestures, video works, objects, poetic utterances, sound, narration and the combination of all those, but never has he – except in one case, the case of “compassion” – explicitly named them.

Perhaps this is the reason the majority of his work is titled using the acronym K and the corresponding ordinal number, which is just coincidental enough for some viewers to assume that the letter K stands for the first letter of the artist’s surname, and to thus conclude that it is about some type of identification of the author with his work. In fact, it is just the opposite: K stands for “construction” (konstrukcija), a term that suggests the annulment of the individual, the separation and distance in between the author and that which was created. Kopljar’s entire œuvre grapples with this tension between identification and distance, personal experience, personal acts and the process of its transformation into a universal metaphor. However, it seems to me that at the point, when the Constructions entered the two-digit phase, that things became more complicated. The first ten Ks functioned, more or less, as independent units, each one revolving around one idea, completed and rounded utterances. From the moment a figure of a man in a luminescent suit starts to appear in Kopljar’s imagery, which is a direct negative of the well-known performance figure dressed in black, the Constructions become a sort of narrative universe, a story which flows all over the artist’s œuvre, branching out and cutting across itself in ways that are not linear, observing and hovering above its own fragmented reality in a way similar to that of the wandering camera that goes over the mysterious stream in the woods near Kopljar’s house in the movie K18.

K21, in this exhibition, has as its subheading Random Empty, and in the already existing constellation of Kopljar’s Constructions it can be directly related to two earlier projects: K4, realized in 2004 as a part of the exhibition Here Tomorrow in the previous location of Zagreb’s Museum of Contemporary Art on Saint Catherine’s Square, and K20, that was presented last year in Rijeka’s Museum of Modern and Contemporary Art. The first one is an impudent action of closing the entrance gate of the main site of production of discourse about contemporary art in Croatia with a huge rectangular concrete block that was delivered by a truck in the middle of night and unloaded in front of the very entrance. This unequivocally rebellious act was clearly targeted at the institutional system of art by targeting Zagreb’s museum, its main local representative. It is an expression of dissatisfaction and antagonism towards the commodification and spectacularisation of art, but even further than that, it is an expression of unarticulated anger of an artist and an individual against a system that he identifies as unjust, exclusive and deafeningly self-assured.

Kopljar’s blockade of the building of the Museum of Contemporary Art is something of a demand for silence, while perhaps waiting for a new beginning in communication. Almost fifteen years afterwards, a similar demand was issued in K20, but this time by using smaller concrete models of buildings of some of the most powerful and influential museum institutions of the world – New York’s MoMA and London’s Tate Modern in forms that are yet to take place after the planned enlargements. The models of the buildings and their prismatic “plugs” are made, this time, out of the same negative, the same void, and as they are representing the appearances of the aforementioned institutions from the near future, Kopljar’s act is not only rebellious as in K4, but is also extremely pessimistic in its prevision. Could we possibly imagine a more anxious void than the one in Empty, which is the name Kopljar gave to those sculptures/monuments? Evidently so, because over the new work the ominous of the Random Empty hovers, an emptiness that abolishes every goal, intention and purpose, every possibility of transformation and redemption. I have seen many works of Kopljar that are difficult and anxious, especially the last six or seven Ks, but none is as hermetic as this one.

K21 Random Empty has two components – a film (digital video), and two mysterious objects made out of specially designed modular concrete elements. Unlike the mostly uninterrupted sequence of recent films that have brought the enigmatic poetic visual and verbal narration to its aesthetic perfection, the new video is highly abstract, with no sound and almost absurdly banal in its simplicity. In a strictly controlled environment, Kopljar’s crew recorded three projections of red, green and blue light, in sequences, from complete darkness to full intensity of colours. It is clearly about the separated additive colours on which the reproduction of all modern electronic media is based, from television and video cameras to computer screens and scanning machines. Following the additive colour method, when the full intensity of these three colours (RGB) is balanced, the result is white light, while their equal diminishing results in complete darkness. In several earlier works, Kopljar’s luminescent alter ego wandered through the iconic woodlands looking for its unification with nature, meeting its limits and getting lost in the dark while trying to fix its position in the world. However, this time, it is about aimless dissolution within the media, from one extremeness to the second and then the third one, beyond which there is darkness and nothing else.

In front of the screen, there stand two firm modular concrete structures, with their dark cavities bringing to mind the possible architectural dwellings. They are havens of sorts, but do not seem the least bit hospitable. Moreover, when contextualised in this way, they remind us of an eerie emptiness and the wasteland from Kopljar’s earlier film K14, recorded a few years ago in then newly-built neighbourhood of Sopnica-Jelkovec, the mention of which, even today, brings with it rather negative connotations. The modules were designed and made by the artist himself – they are a product of a rational “design” decision – but their rationality is not focused on a clearly established goal and purpose, only on creating darkness in their concrete womb dotted with black pigment. In fact, every module has something that resembles an entrance and another thing on the other side that might be an exit, under the assumption that the void is meandering somewhere inside, but nothing guarantees that this is the case. Nothing guarantees that there is an exit.

Precisely 20 years ago, when he was breaking the walls of a gallery in Ostrava, Czech Republic, with a hammer, even to Kopljar it might have seemed that there might be one. The audience that on that very occasion enthusiastically reached for the hammers probably thought the same. The performance in question was K2 and it was a violent, maybe even completely literal, paraphrase by Kopljar of Brecht’s idea that art is not a mirror held up to reality, but a hammer with which to shape it.

However, twenty years afterwards, we live in a world that looks not only lost, but in a state in which every form of imagining a better and more just world has already evaporated. On this, the twentieth anniversary of Kopljar’s K2, the artist’s K21 evokes the terror of cognition that we might possess the hammer, but have no idea how to reshape the world with it.