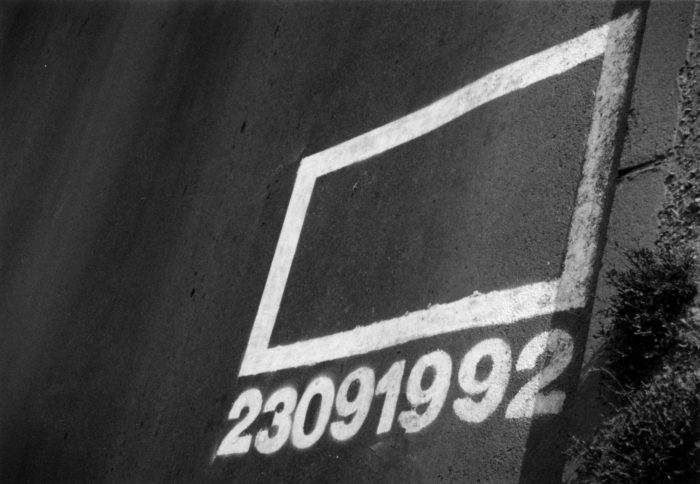 The work was performed on the very spot where the artist’s father was killed in the bombing of the town on September 23rd, 1992. Kopljar marked the spot with a white rectangle under which he wrote the date of his father’s death as a sequence of numbers: 23091992. About ten days later, the wheels of passing cars had fully erased the mark.