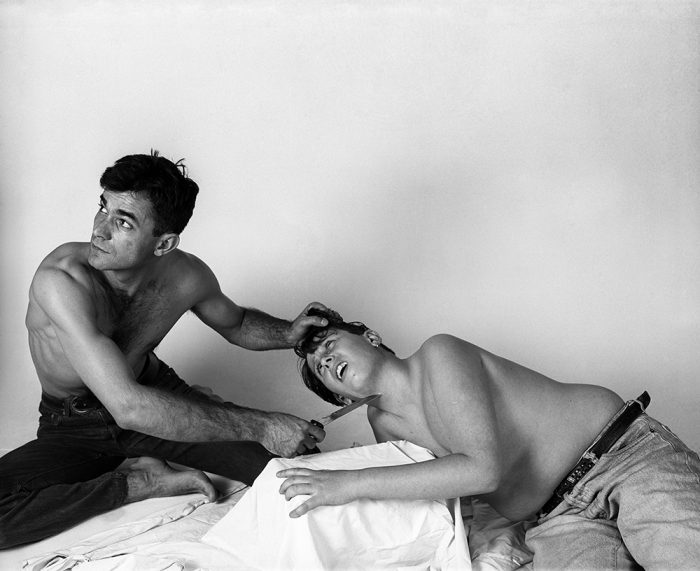 Sacrifices” were followed by the “Dangerous Regions” exhibition (the Gliptoteka, 1993). Among the displayed installations which were again characterized by sacrificial motifs (“Sacrifice”, “The Sacrifice of Isaak”) we could find an altogether different treatment of problems and another thematic accent. In front of the photograph of the artist

featuring as Abraham and a boy featuring as Isaac, whose compositon evokes Caravaggio’s famous “Sacrifice of Isaak”, Kopljar exhibited sixty-six open telephone books. A telephone book is a contemporary symbol of the crowd, and thus of impersonality; a mass which excludes personality, and thus direct communication. The communicative triangle can not be established: there is a message, as well as its sender, yet the receiver is missing.